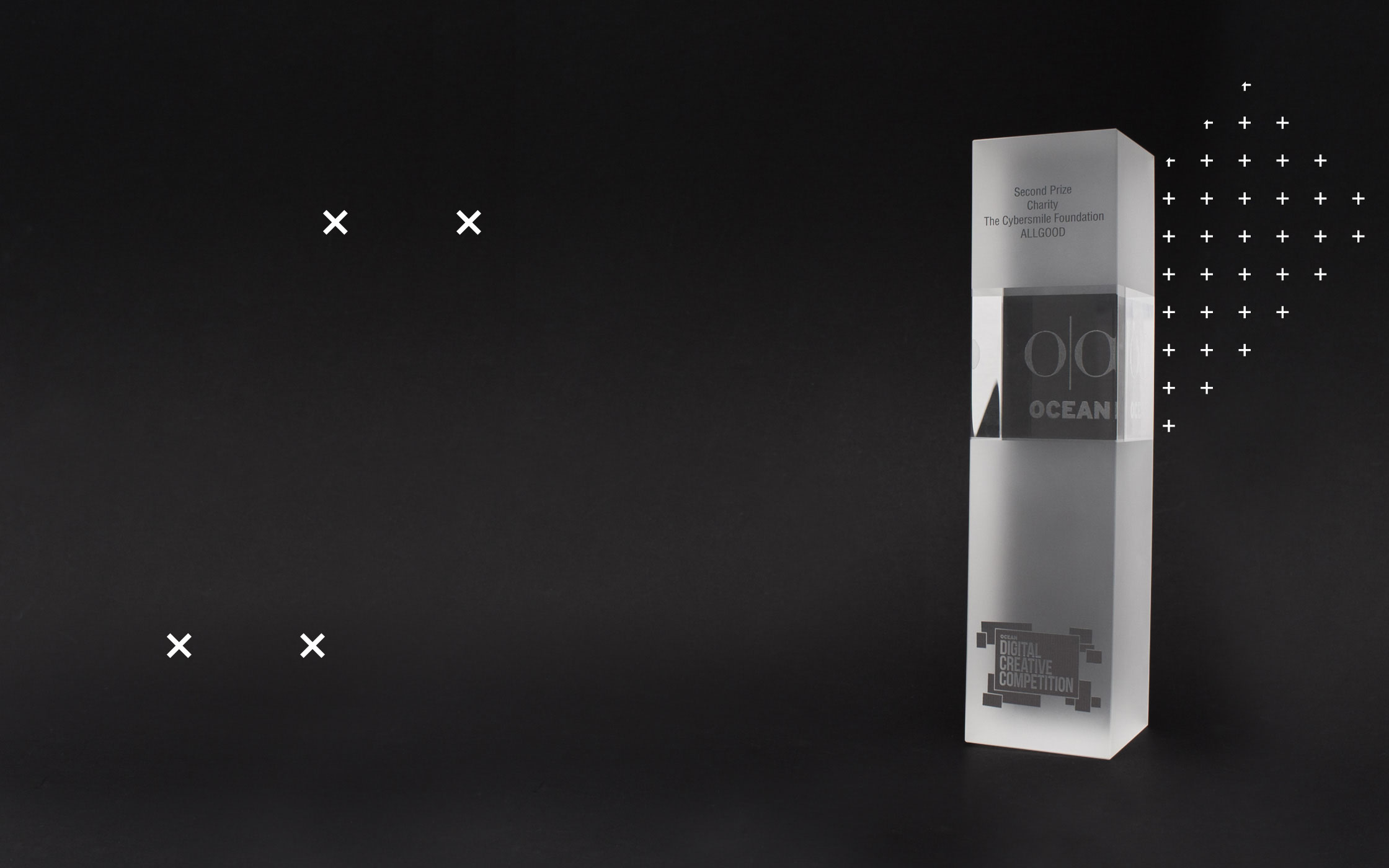 Our idea for The Cybersmile Foundation won big at the awards event, held at the fantastic IMAX Waterloo in London.

Every year Ocean Outdoor hold a creative competition to utilise their extensive network of digital advertising screens. The competition is open to brands and charities with a chance of winning a share of £650,000 of media space for their campaign.

All you need is an idea

The versatility of Digital Out of Home allows for innovative campaign ideas.

The contest awards as-yet-unmade concepts and helps bring them to life. The Ocean team work with the creatives to execute the campaign across their digital network. The award-winning entries often go on to win other prestigious awards in the industry.

With no prior experience in this space, our team went to work on brainstorming an idea that we could enter. One that would eventually go head-to-head with all the top London agency entries. We then learned how to use the Adobe suite of video editing software and created our video entry. The team really stretched their skills and we even used our junior designer Madeleine to do the voiceover.

The Cybersmile Foundation are a charity dedicated to tackling all forms of digital abuse, harassment and bullying online. Their objective is to change the behaviour of bullies and support people being bullied online, by raising awareness of the issue and spreading positivity around the world.

On ‘Stop Cyberbullying Day’, we plan to utilise all screens on The Loop and The Grid across the country. Messages of hate will be typed out, real-time on a stark, black background with a flashing cursor providing intrigue and grabbing attention. The shocking nature of the messages, typed out on giant screens in public places will be pioneering and startling. For totem screens, we plan to use facial recognition and cameras to take snapshots of passers by, inserting their ‘profile picture’ into the message as though it’s been sent to them personally.

The ‘typing’ will then explain the issue of cyberbullying, and invite the public to #DeleteTheHate by tweeting messages of positivity. These messages will be filtered and then displayed in real-time on screens, using location technology to replace messages in the locale of the tweet sent. We then invite people to share, like and follow the campaign and the charity, spreading awareness.

Showcased on the giant IMAX screen in Waterloo

The prestigious awards event was held on Thursday 11th October at the IMAX Waterloo.

Our founder Paul and creative director Dean went down to the event.

As the six shortlisted videos were played on the screen, ALLGOOD collectively held its breath. It was mind-blowing to see our idea on such a fantastic platform, in front of such industry heavyweights.

We were delighted to win 2nd prize in the Charity category, with a beautiful glass trophy and £75,000 of media space for our campaign idea to run in 2019.

The judges said: “This campaign has the potential to do something really brave. It uses the medium to all its strengths and the fact that it includes people makes it even more powerful. The changing of the message from negative to positive could be a massive story.”

A massive thanks to the whole team – Paul, Dean, Vicki and Madeleine for their hard work.